Analytics for Shopify: How TapClicks Expands Your eCommerce Reporting 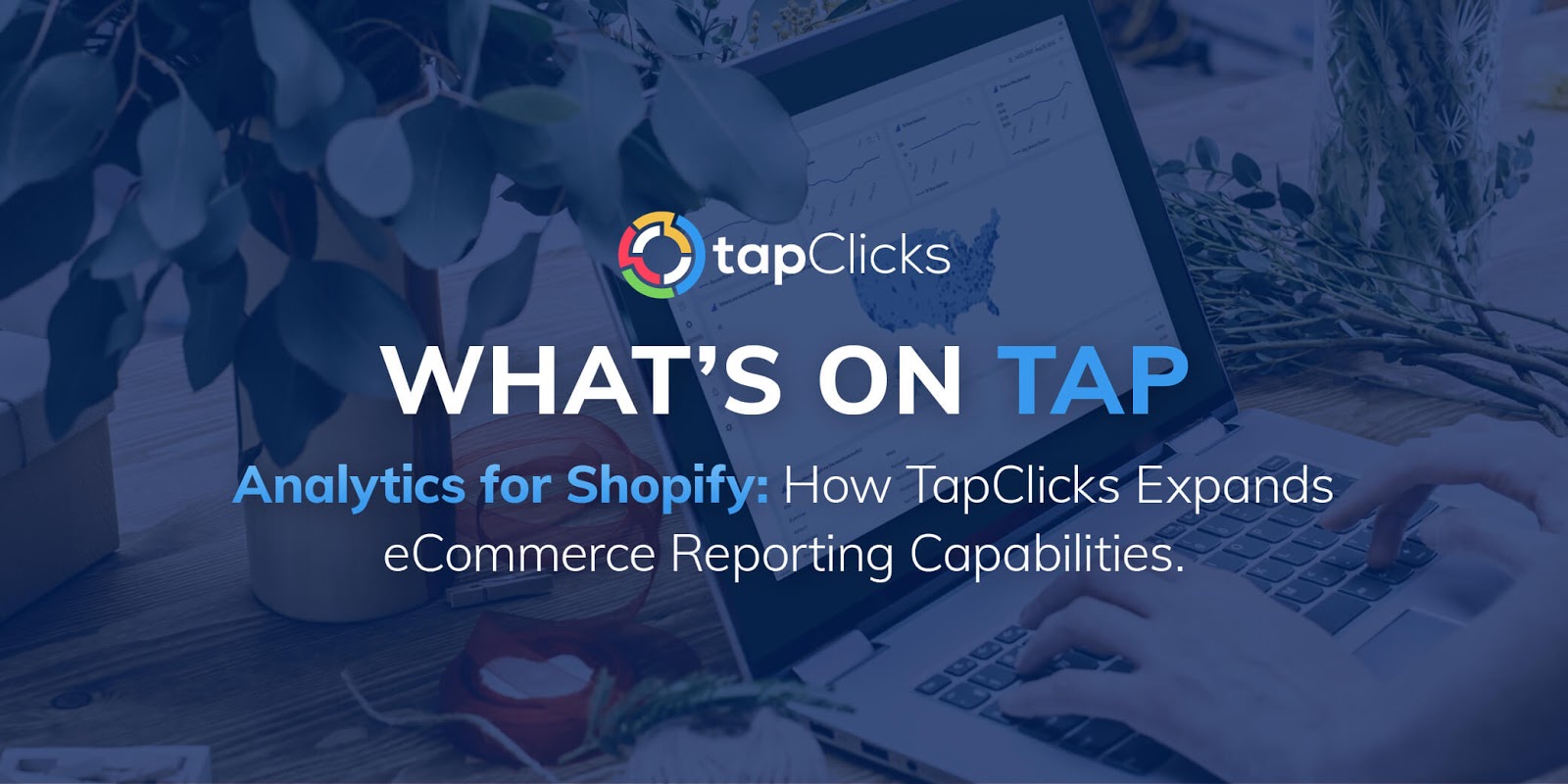 For 1-million merchants, Shopify has simplified the process of running an eCommerce business. But for businesses of a certain size (especially Shopify Plus stores), their native reporting and analytics features are somewhat limited compared to what they need.

One of the biggest challenges these companies face with Shopify Analytics is how to incorporate different sources of data into one, holistic view, rather than generating split analytics reports.

Better reporting enables them to spot trends in shopping experiences they’d otherwise miss. And it empowers them to avoid making mistakes in their marketing campaigns.

Want to find out how much time TapClicks can save you on eCommerce reporting? Try our 14-day free trial today.

Many eCommerce companies and agencies gather data from different platforms. But beyond the capacity to enable Google Analytics accounts, Shopify doesn’t have many options to connect with third-party services. Plus, Shopify admins don’t have an easy way to generate a report that includes Shopify and other outside metrics.

Instead, they may resort to the following manual reporting process:

Because it’s time consuming, most analysts skip this process altogether. Gleaning insights through split analytics reports winds up being the easier path. But it comes at the cost of not having uniformity.

The native analytics has limitations when it comes to comparing and contrasting its own data, too. To understand this, consider the task of creating a Shopify checkout report as an example.

Shopify users can look at metrics, like orders and returns, through individual widgets. But, there’s no way to create a report that highlights the relationship between them. To make sense of their data, users use the same process we discussed above.

One final limitation of Shopify’s native analytics is its options for visualizing eCommerce data. Users are confined to a limited section of bar charts, line charts, and grids. So if you want to make more engaging analytics reports that tell valuable stories, you’d benefit from using a platform like TapClicks.

At TapClicks, we’ve been thinking about how we could improve Shopify reporting for a while. And over the last few months, we ramped up efforts to build a solution. The result of that work is a new Shopify integration included in our platform (no tracking codes required!).

After designing and developing it, we beta tested the integration in April. Then after hearing feedback from beta users (who were mostly agencies), we launched in May. Below is how the integration expands Shopify reporting for TapClicks users.

But Shopify users who also use TapClicks don’t have to deal with this. Instead, they have access to a solution that helps them generate such kinds of analytics reports in a few clicks or less.

For example, say you want to find out if new or repeat customers generate the bulk of your Shopify store’s orders. In this instance, you can track 2 metrics: customer average order value and order quantity. With TapClicks, you can observe their relationship in a single widget like the one below.

That knowledge can help you make better informed decisions about which website URLs to send traffic to (product pages, your homepage, etc.). It can also lead you to improve your checkout pages and shopping cart experiences.

Analyze Shopify Data in the Context of Other Business Data

If you want to import data from other business dashboards, you’re out of luck with Shopify. Aside from Google Analytics setup, it doesn’t include the capacity to build custom reports using different data platforms.

That would be fine if all that mattered in eCommerce were website metrics like pageviews or bounce rates. But further insights are necessary if your goal is to increase conversion rates.

Fortunately, TapClicks’ Shopify integration addresses this issue. With TapClicks, you have access to one, unified dashboard. It aggregates eCommerce data from Shopify and a variety of other data sources.

Say you want to understand the impact of your marketing channels on your online store’s checkouts. In real-time, you’d like to find out if your SEO efforts on Google make a bigger difference than your social media campaigns on Facebook.

Using TapClicks, you can create a report incorporating each of those traffic sources. No split analytics reports required.

As an eCommerce platform, Shopify only allows users to export data into CSV files. And as we discussed earlier, it has limited capacity for visualizing data. But with TapClicks, it’s possible to create analytics reports featuring visuals such as:

Users also have the benefit of exporting reports in PDF, Excel, and PowerPoint formats.

For example, say you need to create a report that breaks down eCommerce sales channels by location. With Shopify’s native dashboard, you can only visualize this data as a grid of rows and columns. But on TapClicks, you can create a custom report that transforms that information into a map like the one below.

TapClicks also has a tool called Report Studio which enables users to further customize their reports. With Report Studio, you can tell stories with data using dynamic text, object effects, and GIFs. It also includes a feature called Presentation Mode. With it, users can take notes dynamically and highlight valuable information.

TapClicks Provides Users an Edge by Enhancing Reporting with Shopify

Shopify is a major player that’s shaping the world of eCommerce. It’s a powerful platform that can enable eCommerce businesses of any size to sell without much friction.

Yet when it comes to reporting data, it could stand to improve because it simply doesn’t offer users a 360-degree view of all their analytics.

With TapClicks, you can broaden the scope of your Shopify data without much effort, analyze eCommerce analytics in the context of other sources of data, or improve eCommerce tracking of Shopify’s own internal data. You can also build visual reports that engage and inform important stakeholders.

Seeing the big picture can help level up the eCommerce settings for your analytics and overall operations. And those deeper insights can lead to better decisions about your business.

Ready to simplify and expand how you report your Shopify data? Give TapClicks a shot with our free 14-day trial. 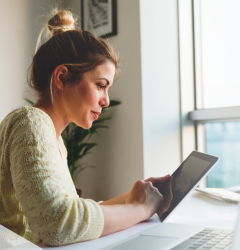 The Paid Search Dashboard That Scales Across Clien 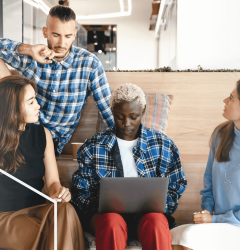 The #1 Problem with Most Marketing Agency Project

The Paid Search Dashboard That Scales Across Clients

The #1 Problem with Most Marketing Agency Project Management Software

How to Scale Google AdWords Reports for Clients (with Examples)

How to Optimize Your Ad Operations Workflow