Vici Media Inc. is a full-service digital advertising company that combines powerful technology with white-glove service. They currently act as a white-label digital marketing capability for over 170 companies and manage over 1,200 campaigns per month

Vici set out to provide a unique service.

Vici saw a big opportunity here. They would become a white label digital marketing agency that would integrate into these broadcasting and agency groups. They would perform all of their clients’ digital media planning, buying and reporting for them, and let their clients offer this service as if it came from the in-house team.

To handle this complexity, they needed a robust platform that could manage data, reporting, and processes at multiple dimensions.

Unfortunately, the first platform Vici attempted to deploy did not meet their standards. Its reporting was suboptimal, it only offered bare-bones visualizations, and it lacked work ow functions. Vici knew they needed a better, more forward-thinking solution.

Thankfully, Vici’s leadership team had worked with TapClicks at a prior employer. They knew that TapClicks provided much higher-quality reports, visualizations, and expanded functionality. However, even more critical, Vici knew that TapClicks constantly evolved their product, and would offer to be able to keep up with Vici’s ambitious vision.

Vici canceled their contract with their existing tool and made the switch to TapClicks.

From the start, Vici used TapClicks to offer next-generation reporting. Vici created a real-time campaign performance reporting portal that eliminated the need to generate weekly reports and reduced their effort to produce monthly reports. Vici began to send their clients—and their customers—to a single portal, from which they can check-in at any time and review their campaign performance.

Vici also used TapClicks to streamline, automate, and scale many of their internal workflows. In one example, they previously used a WordPress form to intake RFPs and IOs. This system was too static. Upon initiating an order, no one could adjust it. If a client wanted to extend their contract, they would need to re-submit an order from scratch. With TapClicks, Vici and their clients could make changes to their RFPs and IOs on the fly.

TapClicks’ workflows also gave Vici greater visibility into their incoming orders and their overall workload. Vici can use TapClicks to survey a 10,000-foot view of how many campaigns they are running, how many are coming in, and how they might need to adjust their resources to align to their shifting demand.

VICI HAS DEPLOYED TAPCLICKS FOR OVER FIVE YEARS. DURING THAT TIME, THEY HAVE:

Grown Every Year Since their Founding. Vici has grown substantially every year, and they believe they would not have achieved this rate on their own. TapClicks has given Vici a cornerstone of their service delivery, while also giving them an automated, centralized, and scalable platform to drive their client reporting and internal operations.

They developed Unique Upselling Strategies. With TapClicks, Vici can offer multiple tiers of service for its clients. Every Vici client begins with a standard dashboard. However, as a client continues to increase their spend, Vici can upsell them on a TapClicks-built custom dashboard that reports on the additional performance metrics.

Vici has eliminated time-consuming weekly reports. Instead, they offer their clients 24/7 access to real-time campaign data through their TapClicks dashboard. As TapClicks has evolved, Vici has further reduced their time spent on reports, and can now complete their monthly reports in hours instead of days. 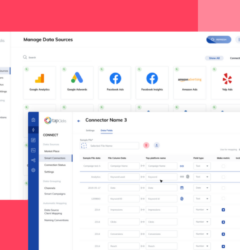 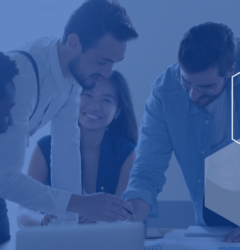 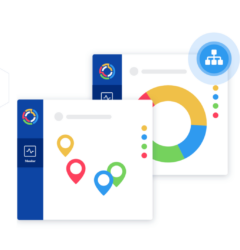